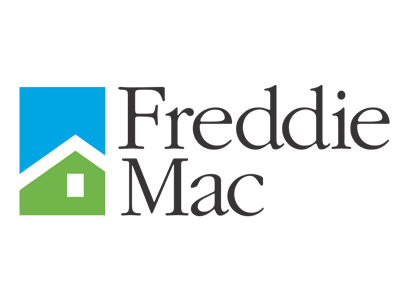 An organization is only as strong as its people. When that organization is responsible for making the dream of home ownership possible for every citizen of the United States, that mission requires people that are not only skilled, but driven and passionate about their work.

The Federal Home Loan Mortgage Corporation (FHLMC, or more commonly, "Freddie Mac") employs approximately 5000 employees to accomplish its mission. Formed as a government sponsored enterprise (GSE) in 1970 to expand the secondary market for mortgages in the United States, Freddie Mac helps keep lendable money available at the lowest cost possible for new home purchases and mortgages. "We Make Homes Possible" is the slogan of Freddie Mac, and according to their own estimates, they save borrowers up to $23 billion a year in mortgage interest payments.

As demands on its service increased, Freddie Mac needed a new system to manage the hiring of applicants, as well as manage the existing talent within the organization. The difficulties they were experiencing included:

Automation Centre worked closely with Freddie Mac to understand their process of hiring and talent management. Freddie Mac wanted to continue leveraging its Lotus Notes platform, which both its users and IT personnel were well-experienced with.

Freddie Mac utilized an efficient role based process which separated the processes of recruiting, applicant review, coordinating hiring activities (such as interviews and reference checks) and hiring. Unfortunately, this workflow was not well supported by their existing system.

Applicant Tracker was customized to wrap around Freddie Mac's particular role based process, providing each role a different interface and functions within the Tracker Suite modules. It consolidated their job requisition process, drastically reducing the amount of time it took to define a new position, run it through approvals and post it.

Approved positions could be posted externally or internally to a Web portal, making it easier for applicants to review and apply for open positions. Applications with attached resumes could be submitted online, and were automatically stored within Applicant Tracker. These applications could be sorted, searched and matched to positions across the entire organization. Applicant Tracker also offered an array of dashboard views that allowed Freddie Mac to easily review and track the status of positions and candidates.

Applicant Tracker improved the workflow of their hiring processes as well, providing the automatic generation of correspondence such as emails and letters. It leveraged Lotus Notes for automatic email notifications of candidate status changes, interviews and more. Automation Centre also incorporated a basic expense reporting function for items (such as travel and lodging costs for interviews) incurred during the hiring process.

Both Personnel Tracker and Applicant Tracker, as well as their existing HR database, plugged into the Tracker Data Warehouse, which provided up-to-date reports on their hiring and resource management processes. The Tracker Data Warehouse generates reports including EEOC, New Hires, Open Positions and more, which may be exported to Excel.

For Freddie Mac, Tracker Suite was an ideal solution that leveraged the Lotus Notes platform they already had in place. While Automation Centre provided customization services, the source code for the Tracker modules was included, offering Freddie Mac the opportunity to leverage its own Lotus Notes IT resources for further customization work, as well as simplifying maintenance.

Using Applicant Tracker, Freddie Mac consolidated their job requisition process into a single system, simplifying operations. The dashboard views have made their hiring processes far more transparent, providing managers at-a-glance reviews of open positions and their applicants. Most importantly, the reports generated by the Tracker Data Warehouse on their resources and hiring process are available quickly, a major improvement over a process that previously could take hours.

Tracker Suite helps Freddie Mac to quickly identify and prioritize needed positions, recruit the best candidates, and manage their existing talent effectively. Using Tracker Suite, Freddie Mac has a finger on the pulse of their hiring process and its performance, facilitating the success of its mission to make home ownership possible for all Americans.